ADS Chief, Paul Everitt, has advised the government to change its Brexit strategy, saying that a fresh approach is the way forward for negotiations.

The Government must reach out to the wider community and build a consensus for its negotiating priorities, he says, considering all the potential options for a successful Brexit.

Options include access to the single market, membership of the customs union, remaining within European regulatory regimes and examining the controls on freedom of movement.

The call comes ahead of the Paris Air Show, opening today, placing the aerospace, defence and security sectors at the forefront of industry. 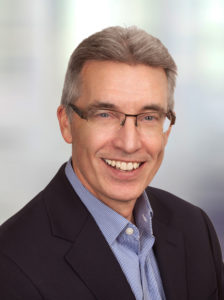 ADS Chief Executive Paul Everitt said: “The political context in the UK and elsewhere in Europe has changed. We now have a vital opportunity to refresh our approach, with a greater focus on building consensus and a more constructive tone towards goals we share with our European partners.

“Last week, the country signalled it wanted a more collaborative approach. The Government needs to build a strong consensus on the priorities and options for a successful Brexit.

“No deal is the worst outcome for the UK and Europe. Finding the best agreement will require compromise and pragmatic decisions by the UK and its European partners.”

ADS has also launched its UK Aerospace Outlook 2017, which shows the industry recorded strong growth of eight per cent last year, with annual turnover reaching £31.8bn. With aerospace productivity soaring with 19 per cent growth, industry predicts that the sector will continue to grow throughout the year.

ADS Chief Executive Paul Everitt added: “Aerospace is one of the foundation stones of the UK economy and it continues to grow, delivering high value jobs and billions of pounds of vital manufacturing exports. But like any other sector it faces challenges and cannot afford to be complacent.

“The UK’s long-term prosperity depends on healthy high value manufacturing sectors and the Government must put further political and financial commitment behind its industrial strategy for aerospace, or risk the UK losing out to overseas competitors.”