As technology takes massive leaps into augmented and virtual reality, we take a look at the game-changing applications it can have in training.

The development of virtual and augmented reality technology has taken a surge forward recently with the release of hardware that finally allows it to live up to its promise. Beyond gaming and enjoyment, the applications for this technology are wide and far-reaching and will change the face of learning and training in many sectors. 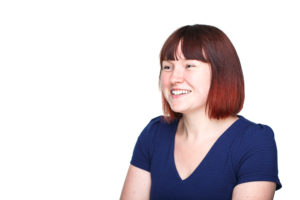 We speak to Collette Johnson of leading electronics consultancy Plextek, about how the virtual and augmented worlds are being incorporated into training applications.

Plextek holds a stake in the key markets of Defence, Medical & Healthcare, and Security. One of its solutions for these sectors is agile, immersive training; the provision of portable, immersive training concepts and systems, including augmented reality technologies to enhance the training experience.

What differences are AR & VR going to bring to the training market?

Virtual and Augmented reality training are really taking off at the moment. It is a combination of the right technology and the right time – the new hardware combined with a generation of people who have grown up with gaming technology, has opened many doors for the technology.

One of the main drivers of this is that it is a very attractive proposition, both from the Company and from the trainees. The demographic we are looking at on the military side is age 16-32, people who have grown up with this technology and gaming etc, so it is familiar to them. This type of user interface is familiar and makes it really attractive for people to learn. With other technologies trainees can struggle, as you have to educate them on the concept first, before you introduce the training. So AR/VR breaks that barrier down, and this is where it will be really beneficial.

From a trainer’s point of view, the equipment is very low cost as well.

Where do you see this type of training being useful?

One of the things we have been working on for a few years is looking at training team medics. Team medics are normal military soldiers who would train to be a front line medic, so they will be the first responder to an incident on the battlefield, before the medical team/helicopters evacuation and backup medical team come in.

Team medics train for one or two weeks in the classroom, then progress to moulage – where actors have effect makeup for wounds and bandages etc. Then every two years they do top up training.

It is difficult and expensive (in both time and money) to keep up with the training and top up training. People have to visit the training area, you have to set up the moulage, get actors etc, and so we looked at how we could make this training more accessible. This was about the time Oculus Rift came out on Kickstarter and it seemed a really attractive proposition VR.

What was good about that system, and where the users and military liked it, was that when you made a decision, the VR simulation follows that decision through – so if you make an error in your decision making, the VR will follow it through as you made that error. This training then helps people recall that memory better and makes it easier to learn. You can also re-watch your training and when you can see what went wrong, it enhances training retention.

This was a great idea and a different way of training people, where feedback from user and trainer was very good. 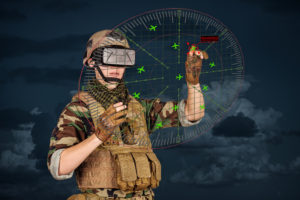 What else can VR training be applied too?

The other areas we are looking at is cognitive behaviour, looking at people’s natural skills ability and where they could fit within military careers.

So we are taking someone’s natural skill and testing them in a VR military simulation, with multi tasking, decision-making, memory, spatial awareness, navigation etc. looking at where they are skilled.

Where the military are very interested, is that it is an objective training. A lot of perceptions are made no matter what organisation you work for, or where you are in the world, an opinion is made subjectively. What the AR/VR training allows for is that you can measure everybody objectively under the same test. With VR you cannot cheat it as you naturally go into your subconscious; for example if you do a psychometric test, you could go online and train yourself to give a certain response, but with VR are you can’t do that, so you are always seeing someone’s natural ability and performance.

Another area where we have found it attractive is that you can add a stress factor into the scenario, which is really good for putting people under increasing pressure within the training, just as you would experience on a battlefield. This is very hard to do in a classroom. Trainers can add noise, distraction, multiple injuries etc, giving more elite training in the VR. This is a really exciting proposition and you can really test someone before they go out into reality.

It can be easy to train people to perform in a classroom, but it is very different in reality, out on the battlefield etc, so the VR particularly allows you to do this with people.

What are the differences with Augmented Reality (AR)?

With the AR it has a lot more proposition in medical, there hasn’t been much movement on the military side so far as lot of the military medical is very involved, so you really need the VR to get that level of involvement and sophistication.

In the AR there is a lot of stuff where we are taking the training, and in particular the classroom training, and making the materials more 3D. Airbus has a really interesting apprentice programme where they have put it all on AR. All their apprentices get a tablet and do AR training, learning the engine builds etc. It also means that if they need a specialist teacher, who could be located anywhere; they can link into the AR and provide the training directly without having to leave home!

Airbus have seen some really big benefits from that, we also know they have been building time savings into the actual engine builds in production, bringing a two month plus build down to six weeks.

I believe this is where we will start seeing AR training coming into the military. 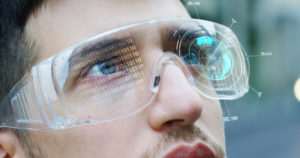 The RAF probably has the most attractive areas that AR can fit into. For example, if you have specialists who are trained to only deal with one plane, it doesn’t matter where they are located, trainers will be able to link in and train people on the other side of the country, or even the world. So for those complicated builds and mechanical builds we will see AR being a lot more useful.

Would there be any other applications?

The other thing you could do is overlaying wounds and injuries over actors. So you can bring some training to life by making it what you would expect to see. In the medical arena, what you see in the classroom isn’t what you see in real life, and what you can see in real situations could be horrific. So, bringing that to life and explaining wounds and treatments in AR would be useful. We are seeing that being used in normal medical scenario and paramedic training.

There is a system for Augmented Reality training for first aid for people in the workplace. When there is an injury you can just go put on the AR hardware and it talks you through what you need to do. The plan is to roll this out countrywide so everybody has access to good first aid help. Companies like the AA and RAC are already looking at this AR training for roadside assistance.

So these kind of things will really prove useful amongst the general public and can be used within the military as well.

What we are seeing is the tri-services coming together within the medical arena, so what we will see is a lot of that material moving together and there will be more simulated training.

Another area where AR and VR are coming to the fore is in decontamination training. When the Ebola missions were carried out in Africa, people were trained in Virtual Reality to decontaminate properly. The most effective part of the training was that you could show where areas were missed and this kind of training tends to stick more than classroom.

Training for high-pressure situations, or when you have to train people very quickly, will see a massive benefit from AR & VR.

Do you think it’s taking off because of the dropping cost and the hardware is so much better?

Yes, definitely. A big element of it is that people understand it. There are no barriers to entry, but the cost is also really reasonable. A VR headset can be purchased for less than $300 so that’s a very attractive proposition – low cost entry and elite training. 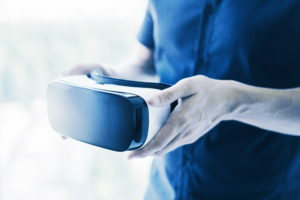 What is very attractive about it is that you can use template systems. You can go to providers to purchase a template, for example of the landscape of Afghanistan, for $400, buy maps, figures, people, there are middleware engines where you can buy the physics – so how trees move in the wind, water moving, etc.

Relatively cheaply you can have a framework in just a couple of months, and there is a very quick turn around to create a high-quality realistic training experience. The Plextek ‘teammedic’ simulation took about two years to develop from start to finish, which is much quicker than traditional training simulators.

It is a very attractive very low cost simulation compared with what we were used to seeing.

The other bonus with VR/AR simulation is that it is portable. One of the things you see, particularly in military training, is that most simulators are located in a dedicated room or space where you can project the visuals and sounds. These types of simulations cost a fortune. They are very good but very expensive and you have to make a very serious decision on investment in these simulators.

The other thing I think is very attractive, and a lot of stakeholder feedback shows, that the ability to change things within the simulation is a big benefit. For example if the adrenalin pen changes, you can change that within the training VR within a couple of hours, meaning trainees have the actual equipment being used in the field. And rather than a contractor doing all that work, the simulations are built from modules, so you can pull out and change whatever aspect you need to easily. All of a sudden the training is a live experience, it’s not something that becomes obsolete, or is a big expense to redo

The most important aspect of the technology is that it is so accessible – not just to the trainee, but also for the company to create it and use it, and with this developing, people will receive more elite training for a low cost.

The post The future of training technology appeared first on Defence Online.