Royal Engineers, sailors and engineers are currently salvaging documents and equipment under the authority of the 59 Commando Squadron.

The sailors themselves were ferried onto Tortola – largest of the British Virgin Islands – by 1 Assault Group Royal Marines with the aid of Oceans Landing Craft Vehicle Personnel. Later, RFA Mounts Bay lent its support, delivering large quantities of building materials and equipment via its organic Mexeflote.

It was a perfect example of real world interoperability, with Royal Navy, Royal Marines, Royal Engineers, Royal Fleet Auxiliary and the Royal Logistics Corps each combining their efforts to make a lasting difference on the British Virgin Islands within two short hours.

Returning the Governmental Central Administration Complex to good working order is an absolute imperative. It will allow the various departments of government to function when they are most needed. During the arrival, heads of department were on-hand to advise where building materials should be kept. 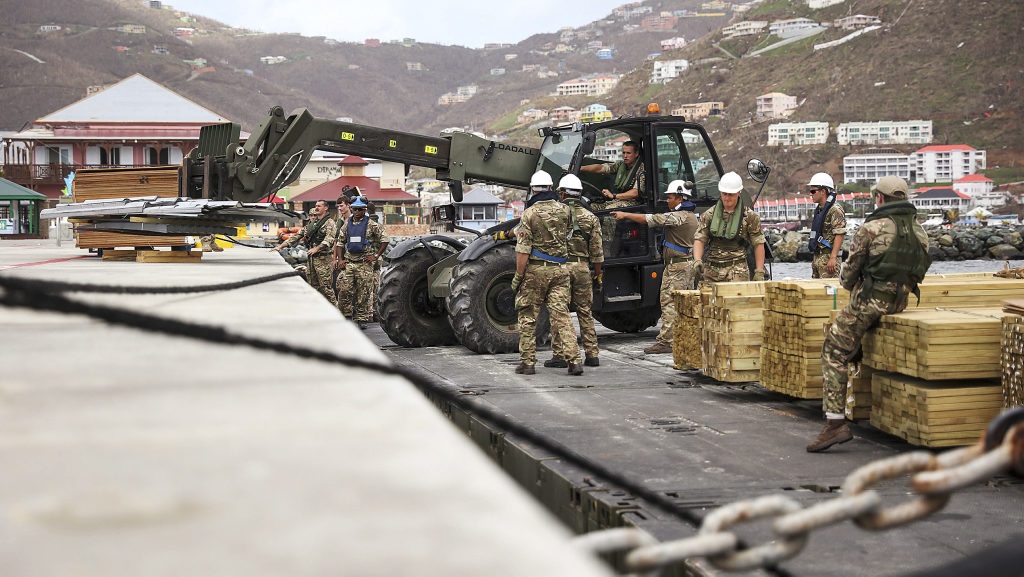 Understandably, it’s a monumental undertaking. Both Irma and its sister storm Maria left Tortola devastated. According to Arriel Donovan, Facilities Manager at the Governmental Central Administration Complex: “The offices here have been ripped apart. We are salvaging what we can but so much has been completely destroyed.”

Royal Navy personnel are playing their part however, as Mr Donovan later explained: “The guys here today have already made a good start on the ground floor. We couldn’t comprehend starting without their help. We need this building up and running.”