The supply chains for a modern warship are complex and call for careful management, as defence writer Mark Lane discovers talking to BAE Systems’ Gary McCloskey.

Work begins this summer on the first of the Royal Navy’s new Type 26 frigates.

An £859 million initial development deal to build the combat ships, at BAE Systems’ Govan and Scotstoun yards on the River Clyde in Glasgow, was signed in February 2015 and the first vessel is due to enter service in the early 2020s.

BAE Systems is currently in the process of agreeing the manufacturing contract and is completing the demonstration phase contract in preparation for the first steel to be cut in a few months’ time. 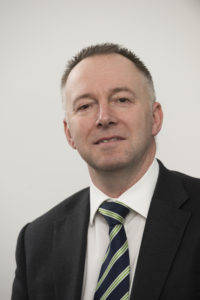 “The demonstration phase contract has given us the ability to work with the supply chain around our major systems and equipment,’’ says Gary McCloskey, head of Type 26 supply chain at BAE Systems. “We have about 77 procurable packages to make three-ship commitments into the supply chain for the design and manufacture of equipment to support the build of Type 26 and the intention is that we will have made those commitments by the time we get to the end of June.’’

He estimates that BAE Systems is about half way through its commitments under the demonstration phase contract. These are mainly related to key parts of the vessels such as major equipment and systems, including gas turbines and gear boxes, which will need to be part of the earlier phase of the manufacture.

“We’ve made most of the high-value lock-out commitments and we’ve been doing that over the last two years,’’ he says. “We are well through the supply chain Invitation To Tender (ITT) down-select and negotiations, working through to get as many of these contracts signed on a three-ship basis.’’

For the past six to eight months BAE Systems has also been working on securing the less complex components – such as steel, pipe, cable, etc – to support manufacture and off-the-shelf equipment, although this must still meet required standards, particularly in terms of shock, noise and vibration control.

“But there are still a range of materials we can get off the shelf and we are working through that. Obviously the lead times for those materials is far shorter and the risk is a lot lower, and we have commenced engagement across the supply chain for commodities and consumables.’’

For such a massive project as the Type 26 frigates, the supply chain not only includes high-tech, complex equipment and more basic commodities and components, but also on-site contract services, such as blasting, painting and electrical installation.

“Again, we’ve stimulated the market, we’ve been through the pre-qualifying stages and we are in the process of issuing the ITTs for the on-site sub-contract element to support activities as we move forward,’’ says McCloskey.

“From a procurable package standpoint, I’m looking at just under 200 procurable packages and that covers everything from the large complex items down to the on-site sub-contractors and smaller packages,’’ says McCloskey. “I’m expecting somewhere in the region of about 150 suppliers engaged across the programme on these commitments.’’ 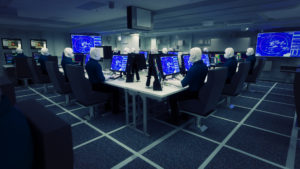 Everything was advertised through MOD Defence Contracts Bulletin (MOD DCB) and he says BAE Systems worked hard to engage the wider supply chain, seeking value for money and innovation. Suppliers come from across the UK, Europe and North America and suppliers from Australia have been involved in the ITT process.

“We have deliberately tried to engage the wider enterprise with suppliers who are involved across industry, including the offshore oil industry, and we’ve had a number of suppliers from the oil industry come to us to offer their services. A lot of that is types of machining work; it’s not necessarily packaged equipment. We are trying to help and encourage any SMEs that come to us with potential introductions to our first tiers.’’

He adds: “We are seeing some new entrants into UK warship building but we find they have a pedigree working with some of the European naval yards, so they have experience working with naval vessels but are new to us in the UK.’’

Inevitably, there are barriers to entry into such a demanding and complex market and it requires dedication, determination and probably some investment on the part of potential suppliers. They must, for instance, be familiar with the demands of shock, noise and vibration control.

“Many suppliers don’t have that capability,’’ says McCloskey. “An antisubmarine vessel has got to meet very strict noise and vibration requirements. We don’t want to give away the signature of the vessel in any way, so the specifications around these kind of requirements are strict to minimise that as much as possible. You might have suppliers who can supply to commercial vessels but they’ve never shock-tested equipment, and obviously there’s a cost to shock-testing and qualifying equipment; for some suppliers, to go through qualification for what might be eight ships might not be economical for them.

“That’s one of the difficulties we have when we are trying to expand into wider enterprises and engage new suppliers into the market. We do tend to find that most of the suppliers do have experience and naval backgrounds, which helps.’’

BAE Systems has been engaging with the supply chain on the Type 26 project since 2010 with design development agreements in advance of the demonstration phase contract. This has created its own challenges.

McCloskey explains: “The Type 26 programme has been under way for a long time; there have been discussions around numbers of vessels and all the way along we have had to try to maintain that momentum with the supply chain. Trying to keep suppliers on board when you are working in an ever-changing environment has been an interesting challenge for us.

“We’ve got a really good collaborative relationship, not only with the suppliers but with the customer, working jointly with the Ministry of Defence all the way through.’’

To support this, they set up Team 26 Supplier Collaboration, to hold events two or three times a year around the UK, inviting all the contracted suppliers and MOD to foster and maintain a relationship.

“We can’t do it without the supply chain: we recognise we don’t know it all. It’s about making sure everyone understands the common goals and shares best practice and lessons learned from previous programmes. It’s about learning together to make sure we deliver Type 26 and that has worked well in keeping the supply chain motivated and on board,’’ he says.

The next event will be held just before work begins in the summer and morale in the supply chain should be high.

McCloskey concludes: “It’s a really exciting time, we are about to get into manufacturing and it’s going to be really good to cut some steel and start to build these ships. We are going to deliver what is going to be an outstanding product for the Royal Navy.’’