The South China Sea was the focus of much attention during 2016; a trend that is likely to intensify in 2017 owing to a number of circumstances. Regional elections, telling international summits and a new US administration with a more proactive approach will all contribute to an eventful year.

Perhaps the most variable factor will be the stance President Trump’s administration adopts over the coming months. There have been strong words from this new administration about what approach is best towards China and the disputed features of the South China Sea. Secretary of State Rex Tillerson said during his confirmation hearing that China’s island-building campaign in the area was “akin to Russia’s taking of Crimea,” and the US is “going to have to send China a clear signal that, first, the island-building stops, and second, [China’s] access to those islands is not going to be allowed.” At the same time, there have been some more measured comments from the administration pointing to the need for diplomacy in attempting to resolve the issues. Defence Secretary James Mattis has stressed that diplomacy is the priority in the disputed seas and that US military action was not currently being considered. 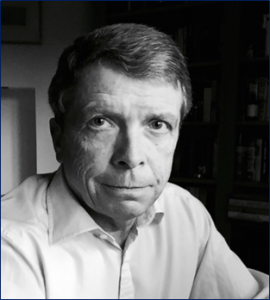 We recently saw the start of ASEAN talks to provide a framework for a ‘Code of Conduct’ (COC) for maintaining peace and security in the region, and this week heard that a first draft has been completed. This is a very welcome step and we should hope that this COC is more effective than its predecessor, the non-binding ASEAN-China ‘Declaration on the Conduct of Parties in the South China Sea’ (DOC). Nevertheless, the experience of the DOC suggests that we should encourage efforts to produce a binding COC, whilst in practice remaining realistic about the outcome.

In the autumn of this year, China will hold its 19th Party Congress. This is a leadership transition event with a level of opaqueness unlike many others. Whilst it is highly unlikely President Xi Jinping or Premier Li Keqiang will be replaced, the Congress will still be an event to keep a close eye on. Five of the seven members of the all-powerful Politburo Standing Committee, of which the President and Premier are selected from, are due to be replaced. Whereas the US Presidential campaign provided for almost unfettered public scrutiny on the candidates’ speeches and policy positions, the build-up to the Party Congress will be a far more muted affair. Nevertheless, we can be sure that the year of a Party Congress is not a year for those who aspire to high office in China being soft on issues and events in the South China Sea. Aspiring leaders in Beijing will be determined to appear strong on the international stage in order to appeal to a nationalistic home base. If ‘Make America Great Again’ was the phrase of 2016, the slogan ‘Make China Great Again’ could be equally pertinent in the coming months. China yearns for recognition as an economic and military superpower, and being seen to stand up to the US in the South China Sea is a sure-fire way of demonstrating its intent. 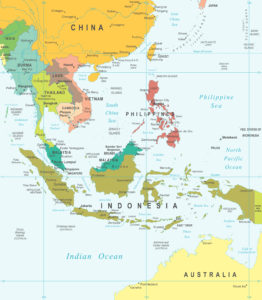 For the US, however, actions speak louder than words. The most recent US Freedom of Navigation (FON) operation by the US is led by an aircraft carrier, the first to do so for a long time, if not ever. It seems clear that the US is deliberately sending a stronger message to China and so we might expect to see more frequent US FON operations by warships in greater numbers, with more advanced capabilities, as the year progresses. FON operations are very important but they are not a means to an end. One risk is that they are likely to result in US and Chinese warships meeting, with the very real possibility of unintended consequences.

Another action that would be very useful in helping to move towards resolution of the issues in the South China Sea would be for the US to ratify the United Nations Convention on the Law of the Sea (UNCLOS). There is a view that US sovereignty will be damaged by signing this international treaty, but in reality the US already follows the treaty to the letter. The upside is clear; the US would have greater legitimacy in international maritime affairs at a time when it needs it. This doesn’t seem to be on the agenda yet, but it should be.

While some form of ‘action’ is often appropriate, there is also a place for ‘inaction’. Like it or not, China has achieved a lot in realising some or all of its ambitions in the South China Sea. So far it has not developed the Scarborough Shoal, a subject of the recent Philippines-initiated arbitration proceedings. Now, or any time this year, would not be the time to do so if it remains a Chinese ambition. With the Permanent Court of Arbitration’s (PCA’s) ruling still ringing in Beijing’s ears (despite China rejecting the ruling), it would be foolish for them to do anything in this respect.

The post The South China Sea in 2017 – actions and words appeared first on Defence Online.