Raytheon Canada Limited (RCL) is to overhaul and offer in-service support for the Phalanx Close-In Weapon System on behalf of the Royal Canadian Navy, following a $330 million contract win. 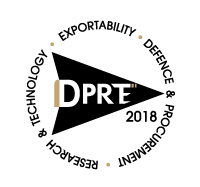 Raytheon manufactures Phalanx – a rapid-fire, computer-controlled radar and 20mm gun system designed to automatically acquire, track and eliminate enemy threats that have penetrated a ships defence systems. To date, more than 890 systems have been built for navies all around the world.

“The Phalanx CIWS is an integral element of the Canadian Navy’s defence,” said Terry Manion, RCL vice-president and general manager. “This contract supports modernization work that will keep these systems ready and relevant well into the future.”

As part of the Public Services and Procurement Canada contract, RCL will join up with Raytheon Intelligence, Information and Services to provide maintenance, fleet technical support, repair and overhaul services for the Phalanx mounts. This intervention will ensure the systems are ready and able to address all current and emerging threats.

“Raytheon is a world leader in platform sustainment and modernization,” said Todd Probert, RCL Board Member and Vice President of Mission Support and Modernization at Raytheon Intelligence, Information and Services. “We will continue to provide the technologies, systems and expertise the Royal Canadian Navy needs to stay ahead of rapidly evolving threats.”

Penned in November 2017, the contract will be carried out at RCL’s Calgary facility. Crucially, the award win represents the latest in a growing portfolio of RCL aided Canadian defence and technology programmes spanning a quarter of a decade.

Don’t miss out on this fantastic chance to attend, sponsor or exhibit at DPRTE 2018. Book now at www.dprte.co.uk/book-now.