With a proliferation in the use of portable, electronically powered devices in the defence and security realms, batteries are assuming greater importance, as defence writer Mark Lane discovered talking to Ultralife’s Mike Manna.

Advances in battery technology have – to a large extent – driven the accelerating pace of development in electronic and digital technology.

Smaller and more powerful batteries have enabled the design and manufacture of lighter and more easily portable devices.

In the military arena a variety of different batteries are now used. They have to be long-lasting – not only when in service, but also when in storage in the supply chain for potentially long periods of time. 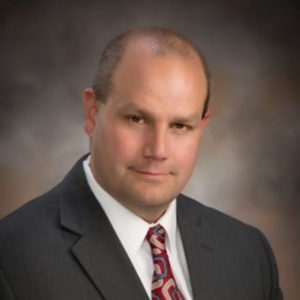 Mike Manna, Vice President Global Sales and Strategic Alliances at US military battery specialist Ultralife, explains: “They have to have a long shelf life, they must obviously work in the equipment, and they must withstand the overall rigours and abuse that a battery power source would get in some of the harsh environments that we have been battling in over the last decade or so, with not only extreme heat during the day, but extreme dust, a lot of sand, a lot of solar loading and things like that.”

Traditionally batteries in the military sphere were largely confined to radios but now they have many more uses.

“Compared to your soldier of 20 or 30 years ago, your tablet is now almost as important to you as your weapon,” says Manna. “You have a lot of your critical mission information either on your tablet or cell phone that has been repurposed as a data centre for the soldier. You’ve got a lot of targeting and aiming and distance finding equipment and lasers and other pieces of equipment that require power, when back in the day it was mostly all optical.”

In addition there are drones which are battery powered to minimise any engine noise. There is also a lot of perimeter surveillance, sensing and alarm equipment which has replaced trip flares and grenades.

“It’s a different way in which we fight with different power requirements across the board, from very small pieces of equipment up to large encampments,” says Manna.

The biggest change in battery technology has been the introduction of the lithium-ion battery from about the late 1980s and which was commercialised from the early 1990s. This delivered a high energy density relative to weight which enabled, for example, the modern mobile phone as compared to the iconic 1980s brick.

“That really helped with the miniaturisation of devices and the combination of devices –camera, cell phone, music player – whereas 20 years ago each was a discrete entity,” he says. 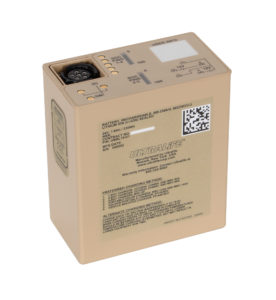 This has meant the development of technology for civilian use, running ahead of the military with its long specification lead times. In many cases it was special ops units who first identified and then realised the military potential of some of these off-the-shelf lithium-ion powered devices.

Manna predicts that the next revolution in batteries will be the development of lithium metal technology.

“It’s very much lab-based right now but there are one or two companies that are trying to commercialise it,” he explains. “They will get that technology refined and it’s going to increase energy density by 20-30% or maybe even more. This is going to lead to being able to run longer missions or the creation of smaller batteries, depending on what trade-offs you want to use.

“The downside may be that the cycle-life may not be as good as what we get today, but if your overall deliverable energy from the battery is the same it doesn’t matter. If I have a battery that I get three times the energy out of, but only one third of the cycle-life, I’m happy.”

Faster recharging calls for greater energy sources which are often not available in a vehicle or forward operating base. Rechargeable batteries also come with some logistics challenges in that they are best stored in relatively cool and dry conditions for optimal performance and lifespan.

This in turn means training personnel.

“There’s a large training requirement and need,” says Manna. “But probably not so much for some of the newer soldiers who are being recruited because they are now so used to recharging their cell phones and their tablets because they have just grown up with that requirement.”