Last autumn, the Defence and Security Accelerator officially announced the winners of the latest round of funding for the Autonomy of Hazardous Scene Assessment themed competition which, it is said, will revolutionise the way in which chemicals and bio-hazards are investigated in the UK.

Forming part of central government’s longstanding innovation focus, the Autonomy of Hazardous Scene Assessment (AHSA) themed competition is jointly backed by the Home Office and the Ministry of Defence’s dedicated science and technology platform – the Defence Science and Technology Laboratory (Dstl), and coordinated by the Defence and Security Accelerator (DASA).

Almost £2 million will be allocated via the AHSA – to be known as ‘MINERVA’ during Phase II – over an 18-month period. In doing so, Dstl hopes to tackle issues arising from incidents and operations involving hazardous chemicals or biological material.

The initial phase ran for six months up until July 2017 and funded 18 development projects with a collective worth of £1.37 million. In the weeks following, four of the Phase I winners were chosen to develop their concepts further during a much-anticipated second phase. Early prototypes are likely to be demonstrated before October 2018.

In total, just over £1.6 million in funding is being divided between the following Phase I winners:

The latest funding will help bring the conceptual designs into being, demonstration and eventual use far more quickly than through conventional means.

Peter Stockel of Dstl was on-hand to explain more: “After a fast-paced first phase, we are now delighted to rapidly move the project forward into Phase II with four highly innovative and technically exciting system propositions to tackle this priority challenge for UK defence and security.

“With continued involvement and demonstration with the user community, we aim to mature this emergent capability over the next 12 months to test the ‘art of the possible’ and accelerate this into the hands of the prospective users for further operational evaluation, both for MOD and the Home Office.”

The prototype UAS, proposed by BMT Defence Services, will enable a team of early responders to remotely assess a scene for potentially hazardous materials. Autonomously, it will collate up-to-date information on terrain, structures, weather and hazardous gases, providing the user with two and three dimensional representations of the area in mere moments.

During Phase II, BMT will combine the output of two previous R&D initiatives to deliver technology that can integrate with either a standard, commercial UAV or a more specialist equivalent.

According to Simon Luck, Head of Information Systems at BMT: “Funding from the DASA will enable BMT to deliver a prototype system that could literally save lives by rapidly assessing a scene for hazardous material and predicting the potential impact.

“We will be working closely with the emergency services and our partners to deliver a prototype for trials in 2018. The end goal will be to deploy the system into the boot of the car of every responder within the next few years.” 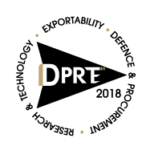 By that same token, Horiba Mira, Loughborough University and Autonomous Devices will each look to mature their own prototypes over the course of the year. Their efforts, together with those of the Phase I entrants, emphasise the role small and medium-sized enterprises play in innovating counter-terrorism nationwide.

Minister for Security Ben Wallace concluded: “This competition has the potential to see world-class equipment created to support the emergency services when they arrive on the scene of an incident.

“Through this funding, the Government is able to collaborate with academics and the private sector to turn these innovative ideas into frontline tools.”

Previous Post
MDA to deliver MMUAS to Royal Canadian Navy
Next Post
Technology and innovation: At the forefront of the defence industry