Cranfield University’s Dr Simon Harwood has long experience in defence R&D and procurement from different perspectives. Here he explains to defence features writer Peter Jackson how some challenges tend to recur and how the industry should face them. 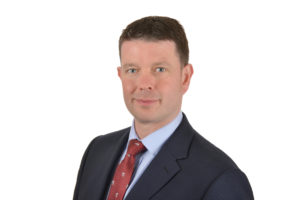 Dr Simon Harwood of Cranfield University has a greater insight than most into some of the strengths and weaknesses of the UK’s approach to defence and the related issues of procurement and R&D in the face of these great changes and challenges.

The university’s director of defence and security, he has acquired an insight into the way the country’s defence industry is structured and the processes underlying defence research and development.

His CV is an impressive one. Dr Harwood, who leads Cranfield’s activities in defence and security and growing adjacent markets, supported by a team of around 250 academic and other staff, has also worked in both government and industry.

He was the strategy and business development director for the international arm of Boeing’s Phantom Works, the company’s advanced prototyping arm, where he was responsible for a large portfolio of products and services.

Previously he worked at the Ministry of Defence as the Royal Navy’s electronic warfare operations analyst, before being promoted to Whitehall where he worked as the principal scientist for command and battlespace management responsible for research and technology and capability development.

Following several years working for the British Embassy in Washington DC, Dr Harwood’s last role at the MOD was with Niteworks, a partnership between the MOD and industry, providing decision support to enhance current and future capability.

“I’ve seen the problems and the challenges from each side of the three angles [academia, government and industry] and my perspective is informed by those experiences,” he says.

Over two decades, while he has seen advances in the management of research and development programmes, he has also seen some of the same challenges recurring.

He recalls his early days in the MOD.

“The organisational structure was that we had evolved from a previous structure, to be a central set of customers, located in London with an attached science desk linked into the military capability customer setting research and development requirements.”

Since then the structure has gone through several reorganisations to return to something similar to where it began in his day.

“We have gone full circle, back to a new establishment that is a bunch of people in London sitting alongside the customer writing central requirements. I think that’s great; what we had 20 years ago actually worked,” he notes. 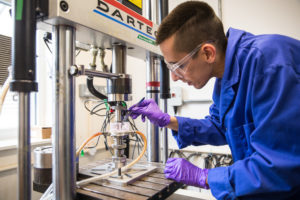 However, there are still challenges – some of which, he believes, arise from confusion over terms. He argues that a policy of working with SMEs to enhance R&D and bring on new technology more quickly is a good thing, as long as it is interpreted as engaging with subject matter experts.

He adds: “SMEs are indeed a key part in the success of having winning technology.”

He also believes that the R&D budget is often divided into too small blocks and he points with approval to the US practice of awarding the same contract to three different suppliers which compete against each other in developing a system or process with the best being selected for further development.

He adds: “The other observation I have is that we can’t be masters of everything. What I think we should be doing is focusing our investment in certain key areas rather than spreading ourselves too thinly.”

Among the terms he believes to be misused is ’innovation’.

Dr Harwood points out that innovation is not confined to these shores and innovative SMEs are to be found in many places around the world.

“Technology and innovation are not bounded within a particular area. The UK is pretty good at it. What the UK is generally poor at is commercialising that genius we have. But from an international engagement perspective, we can’t afford to cut our nose off to spite our face; we’ve got to be looking globally for this innovation.”

He argues that in pursuing innovation to create commercial value government faces some traditional hurdles.

“Bureaucracies are not known for picking winners: they tend to adopt low-risk, historical practices; political organisations tend to be short-term oriented; they tend to modify current technology rather than proceed in a new direction. Many innovative approaches require a joined-up government approach, which is often difficult to achieve – technology moves rapidly in many areas but government acquisition cycles are very long.”

“I don’t buy into that. I don’t like to fail but I like to learn. Failure is an option, but it’s not outright failure; it’s a lesson learnt and we must recognise that, in order to be successful, research fails. If you are conducting leading-edge, innovative experiments things are going to fail and you just have to learn quickly from that and evolve it to a programme that works successfully. But we shouldn’t be afraid of failure.”

He points to another challenge, comparing the MOD and the top 27 UK defence primes to ‘big cogs’ in the R&D and procurement machine, whereas SMEs are small cogs.

He believes that what is needed is a way for SMEs to be able to guard their IP and profit from it while embedding their solutions against the requirements that the MOD has set in an incubation environment. He argues that academia and universities such as Cranfield could provide that environment and facilitate that process.

He concludes: “If there was an environment that was supported by the academic community whose job it was to be the medium-sized cog between that small cog and that big cog, I think that’s a really good way of evolving the R&D.”