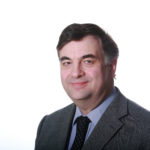 Small business Cox Powertrain has developed a product with Ministry of Defence backing which could sell in a slice of a global $1.2 billion commercial market.

The West Sussex-based engineering business has developed a new high-power, lightweight diesel power platform. Its first application, the CXO300, is a 300hp diesel marine engine, the first engine in that 300hp outboard class to run on diesel.

Having a diesel engine helps the MOD to achieve a single fuel policy by not having to use gasoline outboards.

For the non-military commercial user Cox Powertrain argues that there are a number of benefits for commercial operators: the total costs of ownership over the life of the engine are much reduced; it reduces the carbon footprint; and it has greater range by up to 20-30%.

There is also a safety factor because of the flammability of gasoline.

Routsis says: “In quite a lot of places where people want to use workboats, they are simply not allowed to take gasoline into the area, so the engines have to be diesel.”

“The next year will be spent really going through the evidencing process that it does what it says on the tin, so that’s running through all the durability and emissions testing,” says Routsis.

The CXO300 has been designed by bringing together a number of technologies.

“Some of it has been taken from technologies that were being developed at the back end of the Second World War for aero engines, just before the gas turbines came into play, and merging that with some very up-to-date technology that has come out of Formula 1 developments,” says Routsis. “It’s a blend of those two that has enabled us to solve this 50-year-old problem of how you get the right power-to-weight ratio with durability.”

Cox Powertrain approached the MOD with the idea and the Department, in the shape of the Defence Science and Technology Laboratory (Dstl), was interested at an early stage and invested in the project.

“They recognise this as giving them something that they really do want,” says Routsis. “To that end, although Cox is a very small business in terms of the other players, we are actually a prime supplier to the MOD. Obviously the MOD do try to keep an eye on young technology and they’ve been a great supporter of Cox right from the first point of contact.”

Through the MOD connection, the CXO300 is also attracting interest from other NATO countries.

Shoreham-based Cox Powertrain, which was founded in 2008 to develop the technology, was named after one of the founders, the late David Cox, a Formula 1 engineer. It now has 60 employees.

Assembly and testing of the motors will be done in Shoreham and it is anticipated that around 80% of the engines will be exported. Routsis explains that most of the global market for the motor will be in North America; and while the largest part of that is recreational, Cox Powertrain’s initial target market is the professional user.

“Commercial operators understand the total cost of ownership calculation. Because they are using the vessels and the engines to conduct their daily business they are very interested in anything which will reduce their long-term costs.

“Quite often you’ll find a recreational owner will buy an engine and just won’t use it up, and at the point they pass the boat on the engine goes with it. Inevitably the purchase price of a diesel engine is higher than a gasoline engine so our focus is on the guys who are really going to get the long-term commercial benefit.”

It is intended that the CXO300 will hit this target market towards the end of 2018.