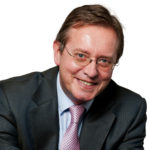 Richard qualified as a solicitor in 1984 and became a deputy district judge in 2001. He opened Harrison Clark Rickerbys’ Hereford office in March 2012. It was clear that there was a need for specialist legal advice arising from ex-military leaving the Hereford Garrison and setting up their own defence and security businesses. Richard therefore started the firm’s Defence, Security and the Forces sector team in 2013 to serve this need, and the team now has a national reach.

Why did HCR decide to create a Defence and Security exhibition?

“Having opened an office in Hereford I was constantly meeting military veterans who’d started successful local business serving the defence industry. Introducing them to each other led to a number of successful joint ventures.

“These introductions culminated in a request to create a forum in which those in the industry could meet regularly to gain an understanding of where the joint venture opportunities lay. This led to the formation of the Herefordshire Security and Defence Group (HSDG) www.hsdg.co.uk”

“HSDG was a means of trying to promote the interests of those involved in the local defence in industry to the widest possible audience.

“The first Herefordshire Defence and Security Expo, which was held in early 2017, was an idea that came to me one night, at around 2am, when I was thinking about how we could move HSDG onto another level.”

The first expo was held in Hereford; the second expo is being held at the Three Counties Showground – why is the region important to the defence and security industry?

“Several sources suggest that 90% of the UK’s defence and security innovation has its home in this triangle.”

What was the feedback about the Hereford Expo and how has this shaped your current plans?

“Delegates and exhibitors told us that they very much wanted a second expo, but that they did not want the event grow into a big, London-based event.  The more intimate nature of the Hereford event meant that they did more business on that day than they would do at Olympia and London Excel shows combined.

“The testimonials on www.3CDSE.co.uk speak for themselves, including this one from James Marment, Director, Excel Dytechna Engineering Ltd, who said: ‘We congratulate you…on staging a wonderful inaugural event that we feel sure will be judged a complete success and an event that should be repeated annually. By any measurement – space sold, delegates registered, footfall to the event – it was a great success. The networking and business opportunities were first class’.

“We have scaled up the event because of the demand from exhibitors and delegates, and moved to the larger, more easily accessible site of the Three Counties Showground, with its purpose-built exhibition centre and ample free parking.  However, although we can now accommodate 145 exhibitors and 2,000 delegates, together with a comprehensive presenter and workshop programme, we’ve kept 3CDSE local and intimate in its format.” 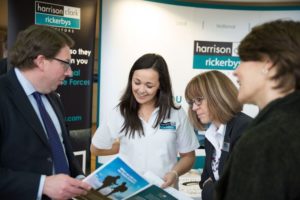 What is the theme of the 3CDSE?

“Our theme is Innovation. The MOD has told us that they are keen to use 3CDSE as an opportunity to engage with the breadth of the D&S industry.

“The MOD has all sorts of projects in train which are about lean procurement, and recognises the need to be in closer communication with SMEs because they can often be more agile than primes in servicing innovation.

What are the aims of the Expo?

“Our aims are to facilitate a more open communication process that the MOD describes.

“Therefore the Expo aims to help both Primes and SMEs to establish supply chains and to assist those in the industry to find new markets overseas.“

What sets 3CDSE apart from other more established Defence and Security Expos?

“It’s the only one that is at the heart of the industry it is seeking to serve, being based in the Three Counties of Herefordshire, Worcestershire and Gloucestershire; it’s also the only one in the middle ground between the large international events and very much smaller local events.”

To whom will 3CDSE be of interest?

“3CDSE will be of interest to anyone already involved in the defence and security industry, the military and the police, and their procurement departments.

“It will appeal to Primes, SMEs and start-ups in the industry, as well as those, such as manufacturing and technology businesses, looking for opportunities to expand into the industry – hence The Manufacturers Organisation (EEF) and their specialist sub-division, National Defence Industries (NDI) are partner to the event.

“A good example of a business looking for opportunities in the defence industry is Chronos Technology, which is based in the Forest of Dean. Primarily they’re a telecoms business serving civilian phone networks, but increasingly they are expanding into the military arena. So, for such businesses, defence and security may be a small part of their turn over currently but the company may be keen to expand further within the industry and wish to understand the processes to do so, and the opportunities available to them.”

What can visitors expect to see and hear when they visit 3CDSE?

“Visitors can expect to hear about the anticipated needs of the military and the police over the next five years and what they are looking to the industry to provide.

“Conversely, from the industry, visitors will learn about current innovation, research and development, and the new technologies which these leading technology, hardware and cyber businesses are refining.

“They will also learn about how to improve their engagement with the MOD as a customer, and also where the export opportunities lie for UK industry and the range of ways in which they can finance export activity.”

To find out more about the Three Counties Defence and Security Expo (3CDSE) 2018, visit www.3cdse.co.uk or email info@3cdse.co.uk

Previous Post
Why become Cyber Essentials Plus certified?
Next Post
Dstl looking to exploit the power of data science