Perhaps the greatest event in the 2017 global aerospace industry calendar, the International Paris Air Show looks set to reveal and confirm some major developments in the aerospace and defence sector, as defence features writer Mark Lane discovers talking to Anand Parameswaran of Cyient.

Paris-Le Bourget airport is ready to welcome international airlines, manufacturers, armed forces, politicians, dignitaries, business people and the public to its tarmac for what promises to be another biennial aerospace spectacle from 19 to 25 June.

Last time in Paris, Airbus pipped Boeing to the post in the race for orders, while at last year’s Farnborough International Air Show $123.9 billion worth of deals was recorded. 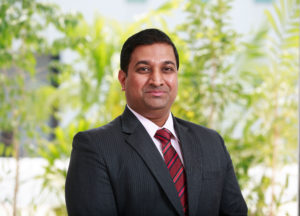 Anand Parameswaran, Senior Vice President, Aerospace and Defence with Cyient, a global leader in engineering design services, manufacturing, networks and operations with a strong focus on the aerospace sector, says: “Original Equipment Manufacturers gradually take control of the aftermarket, and major shifts in the global geopolitical order begin to transform the dynamics of the industry; this year’s International Paris Air Show also promises to shake up the status quo.”

He identifies five key topics which he believes will take centre stage at this, the 52nd show, dominating the stands, the runway and the show floor.

First, he points to an OEM migration from manufacturer to service provider.

“As the demand for data grows, Boeing and Airbus are moving away from the pure OEM play to become systems integrators and service providers. This is nowhere more apparent than in the aftermarket as they look to grasp more control of this higher profit margin area.”

So how will this become apparent at Paris?

“We will see a rise in deals conducted on service models like Power-by-Hour contracts. While such engine leasing models are not a new concept, they have proliferated widely throughout the industry in recent years, particularly on newer platforms like NGPF and LEAP.

“The model’s popularity lies in the fact that it benefits both parties. OEMs can realise more of their profit upfront while airlines receive a cheaper deal over the lifecycle of the engine and a more predictable ongoing cost structure. As with new airlines running lease-only aircraft procurement models, Power-by-Hour contracts will soon be the default for all, and will likely make up 60 to 70% of the deals we’ll see.”

Next, Parameswaran describes the inevitable impact of global politics on the defence industry.

“The defence industry is as dynamic as the aftermarket space and we’re beginning to realise the impact of recent major geopolitical changes, with shockwaves rippling throughout global supply chains,” he notes.

“Continued political instability in the Middle East and Asia and the announcement by President Trump of a further $54 billion to the US defence budget, to a total of $603 billion, has been a huge boost for the defence industry.”

Equally, he argues that shifting alliances are leading towards a more open global defence market, citing India as a prime example of a country that is benefiting from this.

“Previously seen as too closely affiliated with Russia, Indian manufacturers struggled to gain traction in markets politically aligned to the US. However, in the last four to five years we have seen a shift in perception – both as an exporter and as an importer. Israel, for example, now sends more than 50% of its defence exports to India, highlighted by the recent record $2 billion deal between the two governments.”

He points out also that Rolls-Royce recently completed a deal for its MTU Series 4000 engines to be assembled by a part of the Indian Ministry of Defence.

He adds: “India’s power in industry and manufacturing, as well as a major buyer, is now highly regarded by the defence industries of both western and developing markets. With world leaders and senior country representatives to be in attendance, this is sure to be an interesting watch with new and substantial contracts potentially on the table.”

Third, Parameswaran points to moves towards building future aircraft through additive manufacturing. He argues that while the aerospace and defence (A&D) industry has experienced significant disruption from recent developments in technology, possibly the most prominent disruptive technology it faces is additive manufacturing. It presents wide-ranging possibilities to streamline production lifecycles by printing, prototyping and testing highly complex components in-house at great speed.

“Engine manufacturers are early adopters and are leading the way,” he says. “One of the more famous examples is GE’s fuel nozzles, which harness the technology to drastically reduce carbon build-up, enhancing performance and fuel efficiency. Outside of the engine, Boeing has used the technology to consolidate its design of the F/A-18 E/F forward fuselage into 41% fewer parts.” 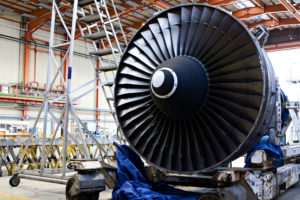 This component reduction has huge savings implications – from the fewer parts and materials required, to the reduced checks and documentation needed for those parts.

Beyond production costs, there is also a big operational benefit to be had, exemplified by next-generation aircraft such as the 787 and the F-35.

“Additive manufacturing allows them to incorporate new, lighter materials in ever-increasing quantities resulting in huge weight savings,” explains Parameswaran. “While the industry’s strict accreditation standards are a barrier to its application on more critical systems, Paris will certainly be abuzz with the latest advancements of this transformative technology from new and innovative market entrants.”

He believes another theme will be automating the A&D lifecycle with soaring demand for aircraft and production volumes raising the importance of efficiency gains through automation.

He says: “OEMs continuously strive for these throughout the supply chain, and the benefits are already being played out in each of the three lifecycle areas – design, manufacturing and the aftermarket. For example, Boeing’s bulging order books are driving them to use robots to help assemble the 737 Max short-haul plane and its impending big sister, the 777X.

“But the challenge OEMs and Tier 1s now face is to take the leap to the next step and move from these three islands of automation to integrating digital transformation efforts across all them.

“For example, harnessing predictive analytics and the Internet of Things in the aftermarket to detect defaults and inefficiencies in products. These can then be automatically fed back through the supply chain to the ongoing design and manufacture of that component. Eventually, OEMs will look to operate their whole supply chain on a single augmented platform to ensure the effective transfer and implementation of this data.”

Finally, he believes a key theme at Paris will be the rise of the East and Chinese influence in aerospace and he predicts that one of the most interesting areas to watch at the event will be the activities and announcements coming from the Chinese commercial aerospace industry.

“As one of the fastest-growing markets, China is starting to get a greater foothold in the industry and US and European leaders might start looking over their shoulders,” he says.

“With new platforms like the C919 set to launch it will be fascinating to see how they enter the market. Could we see a surprise deal of service offering, looking to undercut the established players? For China, the demand lies in newer Asian and African markets such as Indonesia and Nigeria. But the true threat they pose to the US and European establishment lies not in the platforms themselves, but rather in the delivery models by which they are sold. With aggressive pricing and by leveraging their large cash surplus to upend current leasing models, new models could transform how we buy and sell aircraft.

“It will also be interesting to watch their acquisition strategy. We’ve seen Chinese companies acquiring European businesses to get a foothold in the market – Thompson Aero Seating being the latest example – and Le Bourget could see more activity from them.”

But he adds: “That said, you’ll need to keep you ears to the ground as they may not be widely publicised!”

It will be fascinating to see whether his forecasts prove accurate at Le Bourget and if new markets and technologies continue to upset the status quo.