Brexit will not mean an immediate end to EU procurement regulations in the UK, according to Les Mosco, keynote chairman at DPRTE 2017. 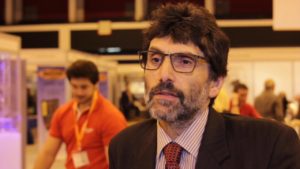 In his welcoming address in the event’s Keynote Arena, Mr Mosco, Chief Executive of Commercial Strategies Ltd and former Ministry of Defence Commercial Director, said he believed there would be no sudden abandonment of the rules when the UK left the EU.

He said: “I think on day one we’ll find that we carry on doing more or less what they require us to do now because they are a codification of good practice, good competition processes and so on.’’

He added that he believed the rules to be a bad codification in many areas and that eventually the UK could make improvements.

He also outlined some of the challenges of defence procurement, which he had experienced at first hand during his own time at the MOD, commenting: “I’ve had a lifetime running procurement organisations in some big companies in lots of different industries – oil and gas, mining, rail and banking and government – and I do think that defence is among the hardest procurement and supply chain activities.

“It is sometimes – literally – a matter of life and death. It is about defence predominantly and buying the right thing to protect our Service personnel. Buy the wrong thing and bad things can happen.’’

He added that in defence, as in other areas, there were always insufficient resources and it was a question of competing for finite resources and making them go as far as possible.

Efficient procurement, positive supply chain engagement, proper use of technology and innovation and exporting were, he argued, vital contributors to UK safety and security.

“All this has to be done in a way that’s open to public scrutiny and subject to the public procurement regulations,’’ he said.