Supplying goods and services to the Ministry of Defence can be easier when the supplier employs ex-Service personnel, as defence features writer Peter Jackson learns talking to Forfusion’s Chief Technology Officer, Ian Musgrave.

Forfusion is a business and IT consultancy which has provided unified communications solutions to the Ministry of Defence since 2012.

Based in North Tyneside, the company was formed in 2007 by current Chief Executive Steven Forrest with a group of individuals who all had a background working for large IT and communications companies. 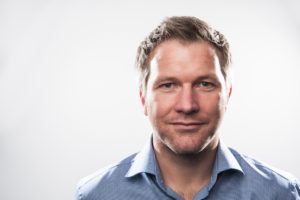 “We saw an opportunity to do things slightly differently in the way we deliver services to customers,” explains Chief Technology Officer Ian Musgrave. “We saw where things were slightly failing on the part of these large integrators and an opportunity for an agile, intelligent organisation.”

The business provided specialist advice and services on digital IP telephony for organisations moving away from the traditional PBX copper wire systems.

“As the company has grown we have developed engineering practices which also deliver solutions in networks and security, from an infrastructure and from a Cloud and hosting perspective,” says Musgrave.

“We like to provide the whole life-cycle of services. We like to talk to customers at an early stage about digital strategy and digital transformation and help them with their road maps, and then develop solutions which are aligned to those road maps and strategies. Then we do the design and delivery and provide a long-term support contract.”

Now the business has about 40 employees in two offices in the North East with commercial customers in areas such as retail and finance and government customers served by the Government Secure Services (GSS) arm of the business.

Musgrave and Forfusion’s Director of GSS are both ex-RAF and both worked as part of the Atlas Consortium of HP Enterprise Services, Fujitsu, Airbus Defence and CGI, which developed the Defence Information Infrastructure, or DII, a secure military network for the MOD.

Later, with Forfusion, they used that experience to approach one of the larger suppliers and worked with it on a framework contract to deliver to an MOD customer in the South West.

“We took the idea and developed it with the vendor and, alongside the vendor, we are now delivering the services and have done for the past five years,” says Musgrave. “GSS engagement has grown organically from that mainly through word of mouth and recommendation.”

He cannot disclose the details of Forfusion’s work for the MOD but the company has about 12 people working directly on some civil service and tri-Services locations, mainly in and around Gloucestershire. The work involves the design, installation and support of secure communications systems. The company has also done other work for organisations such as the Metropolitan Police.

“It’s the same philosophy that we use in the commercial sector in using a whole life-cycle services approach; the only difference is that we have a number of embedded engineers and consultants, security cleared to the required level, delivering services on the ground alongside the MOD and civil service personnel,” says Musgrave. “Most of the services we provide are directly on-site where we act as subject matter experts where required for the communications systems. We have engineers who are highly experienced and highly qualified who can help with solution design and strategy and planning.”

A striking feature of Forfusion is the fact that almost half of its personnel, as well as a significant proportion of its senior management, including the Chief Executive, are former Service personnel themselves. This is not limited to the technical areas of the business but also includes staff working on the commercial side, and they are recruited from all three Services. 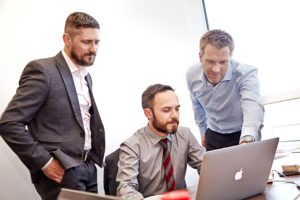 “One of the reasons we are able to compete against and displace much bigger companies is because so many of our staff have served in the Armed Forces, which makes DV [Developed Vetting] level clearance easier to achieve,” explains Musgrave.

“This was by design; it was a strategy of ours because we saw how successful a lot of the guys working on the Atlas Project were, how naturally suitable a lot of Service leavers are who have the right skills.

Forfusion has signed the Armed Forces Covenant and works with the Career Transition Partnership, the MOD’s official provider of Armed Forces resettlement.

Musgrave adds: “We have attended numerous jobs fairs around the country for Forces leavers and we sponsor a number of events for the Forces. Most of that follows on from the Armed Forces Covenant where we committed to taking on Service leavers.

“We also run, in-house, something called the Civilian Work Attachment where we invite Service leavers in their final year to come and do some work experience with us and spend a week or maybe two weeks working alongside various departments in the business. So they will come in and spend a day with the sales team and a day with engineering and they will get exposed to the service desk, just to give them a flavour of what’s coming their way when they actually leave and a feel for what it’s like in the commercial world, which is fundamentally different to the Forces experience.”

In terms of popular perception, surely few environments differ more from the military than that of IT, with its long-standing culture of casual clothes and laid-back West Coast cool. Doesn’t that make the integration of former military personnel challenging?

“It’s a good mix of people across all ages and all backgrounds and that creates a really good vibe in the office,” he says. “We are fairly relaxed in our working environment and maybe it takes a little bit of time for the Forces leavers to get their heads round it, but that’s part of the reason why we do the Civilian Work Attachment.”

The world of ITC is fast-moving, so what is next on the horizon?

Musgrave explains that Forfusion has recently been accepted on G-Cloud 9, the latest development of the government Cloud-based programme to facilitate procurement, and it is working towards ISO 27001 accreditation.

He adds: “One of the big things we are pushing at the moment is cyber security services and how we can help departments and government organisations mitigate the risks associated with all their IT. It’s taking what we have learned in the commercial space and bringing that to the government and MOD.”

And Forfusion will do precisely that by making best use of the talents and experience of former MOD personnel.