Lincad, a designer and manufacturer of bespoke batteries, reached a milestone last year and now has the structure and growth plans on the back of an expanding order book to see it into a bright future, as defence writer Mark Lane reports.

It was a proud moment for Surrey-based Lincad when the company was chosen to appear in the 2015/2016 edition of The Parliamentary Review.

The publication, whose September release has become a key fixture in the political calendar, showcases best practice as a learning tool to the public and private sectors.

This edition, on Electronic Manufacturing, featured Lincad alongside Chancellor of the Exchequer Philip Hammond, and was aimed particularly at leading policy makers and executives within manufacturing.

It was particularly fitting for Lincad, which was celebrating its 30th anniversary last year.

The company, which produces bespoke batteries, chargers and power management systems for a diverse range of applications, operates mainly in the defence sector, and was set up by Brian Soden in 1986.

The company’s main customer is the Ministry of Defence but it also works for some of the large defence primes such as Leonardo, BAE Systems, Thales and Northrop Grumman. 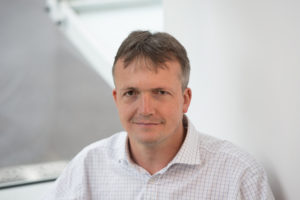 “We offer battery solutions for companies that have specific power management requirements,” says Joint Managing Director Peter Slade. “When they can’t buy off the shelf they come to us and we design and manufacture a battery for them in-house, undertaking all the work here at our facility in Ash Vale in Surrey.”

Lincad also supplies a range of smaller non-rechargeable battery products to the MOD and other customers. It has an annual turnover of between £5 million and £10 million and employs about 40 people in its 11,000 sq ft Ash Vale facility.

In its 30th anniversary year, Lincad underwent some internal reorganisation, with Brian Soden stepping down as Managing Director to become Chairman and Peter Slade and Janet Rowe becoming Joint Managing Directors. Now, they are driving a programme to develop the business, which will mean growing the workforce by between 10% and 15%.

“We’ve seen some good growth, we are employing more people and we are carrying out some infrastructure changes here within our facility,” says Slade. “We’ve looked at the forecasts for the work taking place over the next 12 to 18 months and have recognised that we need some more production space.”

Lincad is making a significant investment in installing a new mezzanine area for office space to release more floor space for production and for testing and research.

“We are fortunate in being a family-owned SME, allowing us to turn things round very quickly. As soon as we realised we were going to have a busy 12 to 18 months, we started planning and the infrastructure will probably be completed in the next two months,” says Slade.

As most of Lincad’s products are destined for military use they have to be ruggedised with high environmental and EMC (electromagnetic compatibility) performance.

“We are experts in producing military products and have the end user – the soldier in the field – at the forefront of our minds” adds Slade.

The design for a bespoke battery is arrived at through discussion of the specification with the customer.

“We sit down with the customer, and look at the form, fit and function of the battery – what it needs to interface with, whether it needs communication, how ruggedised it needs to be, and how it needs to perform in terms of its environmental and EMC performance, as well as ensuring it passes transportation testing,” he explains. “We drill down into the specification and identify what options we can provide.”

Products, which use mainly lithium-ion technology, range from the extremely small – such as a battery recently produced for a Thales hand-held radio – to a power management system for Leonardo’s LINAPS artillery pointing system.

The majority of Lincad’s work is for man-portable equipment and it has a core suite of batteries, the LIPS (lithium-ion power system) range, which were first produced in 2000.The integration of new cell technology and enhanced mechanical and electronic design have enabled continued improvements in capacity and energy density.

As in any other area of technology, R&D is important.

“We have access to road maps outlining what the technology will be for cells produced by different manufacturers, we receive early samples and we test those to the extreme,” says Slade.

“We develop all our product in-house and our hardware and software engineers are continuously looking at new materials, components and methodologies, to improve the quality and reliability of our products.”

Lincad also has overseas sales and in the past two years has been fulfilling orders from Poland, Denmark and Australia. Export sales have been helped by the weakness of the pound since Brexit; but, to set against that, Lincad has had to manage the increased cost of imported lithium-ion cells. 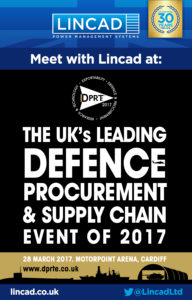 Lincad has developed a new charger, the Caravel Mk2, and its features include a transport mode which allows lithium-ion batteries to be discharged to a state of charge of 30% or less, in compliance with the new IATA rules.

“We anticipated the situation before many of our customers and suppliers did and we lead the way in this area,” says Slade. “People come to us for advice in transporting lithium-ion batteries.”

It has been by anticipating market and technological change that Lincad has survived and prospered since its foundation and it is confident its reorganisation and development programme will see it thrive for the next 30 years.